A Beginner's Guide to Earning Passive Income With Crypto 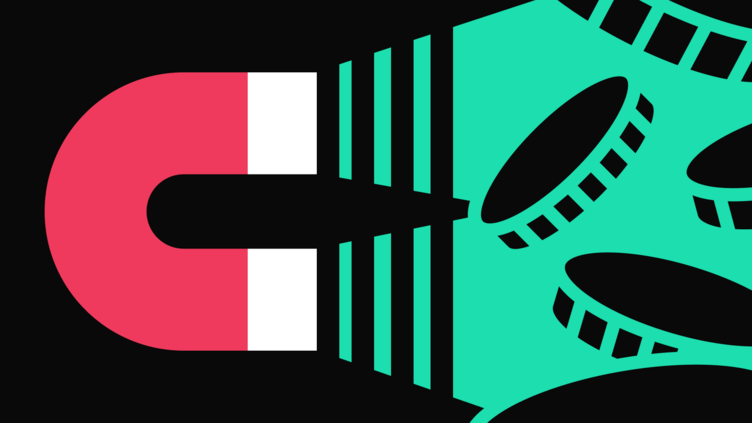 What is passive income?

Trading or investing in projects is one way to make money in the blockchain industry. However, that typically requires detailed research and a substantial investment of time – but it still won’t guarantee a reliable source of income.

Even the best investors can experience prolonged periods of loss, and one of the ways to survive them is to have alternative sources of income.

There are other methods than trading or investing that can help you increase your cryptocurrency holdings. These can pay ongoing income similar to earning interest, but only require some effort to set up and little or no effort to maintain.

This way, you can have several streams of income that, in combination with each other, can add up to a significant amount.

This article will go through some of the ways that you can earn a passive income with crypto.

What are the ways you can earn passive income with crypto?

Mining essentially means using computing power to secure a network to receive a reward. Although it does not require you to have cryptocurrency holdings, it is the oldest method of earning passive income in the cryptocurrency space.

In the early days of Bitcoin, mining on an everyday Central Processing Unit (CPU) was a viable solution. As the network hash rate increased, most of the miners shifted to using more powerful Graphics Processing Units (GPUs). As the competition increased even more, it has almost exclusively become the playing field of Application-Specific Integrated Circuits (ASICs) - electronics that use mining chips tailor-made for this specific purpose.

The ASIC industry is very competitive and dominated by corporations with significant resources available to deploy on research and development. By the time these chips arrive on the retail market, they are likely already outdated and would take a considerable amount of mining time to break-even.

As such, Bitcoin mining has mostly become a corporate business rather than a viable source of passive income for an average individual.

On the other hand, mining lower hash rate Proof of Work coins can still be a profitable venture for some. On these networks, using GPUs can still be viable. Mining lesser-known coins carries a higher potential reward, but comes with higher risk. The mined coins might become worthless overnight, carry little liquidity, experience a bug, or see themselves hindered by many other factors.

It is worth noting that setting up and maintaining mining equipment requires an initial investment and some technical expertise.

Staking is essentially a less resource-intensive alternative to mining. It usually involves keeping funds in a suitable wallet and performing various network functions (such as validating transactions) to receive staking rewards. The stake (meaning the token holding) incentivizes the maintenance of the network’s security through ownership.

Typically, staking involves setting up a staking wallet and simply holding the coins. In some cases, the process involves adding or delegating funds to a staking pool. Some exchanges will do this for you. All you have to do is keep your tokens on the exchange and all the technical requirements will be taken care of.

Staking can be an excellent way to increase your cryptocurrency holdings with minimal effort. However, some staking projects employ tactics that artificially inflate the projected staking returns rate. It is essential to investigate token economics models as they can effectively mitigate promising staking reward projections.

Binance Staking supports a wide variety of coins that will earn you staking rewards. Simply deposit the coins on Binance and follow the guide to get started.

Lending is a completely passive way to earn interest on your cryptocurrency holdings. There are many peer-to-peer (P2P) lending platforms that allow you to lock up your funds for a period of time to later collect interest payments. The interest rate can either be fixed (set by the platform) or set by you based on the current market rate.

Some exchanges with margin trading have this feature implemented natively on their platform.

This method is ideal for long-term holders who want to increase their holdings with little effort required. It is worth noting that locking funds in a smart contract always carries the risk of bugs.

Binance Lending offers a variety of options that let you earn interest on your holdings.

The Lightning Network is a second-layer protocol that runs on top of a blockchain, such as Bitcoin. It is an off-chain micropayment network, which means that it can be used for fast transactions that aren’t immediately transferred to the underlying blockchain.

Typical transactions on the Bitcoin network are one-directional, meaning that if Alice sends a bitcoin to Bob, Bob cannot use the same payment channel to send that coin back to Alice. The Lightning Network, however, uses bidirectional channels that require the two participants to agree on the terms of the transaction beforehand.

Lightning nodes provide liquidity and increase the capacity of the Lightning Network by locking up bitcoin into payment channels. They then collect the fees of the payments running through their channels.

Running a Lightning node can be a challenge for a non-technical bitcoin holder, and the rewards heavily depend on the overall adoption of the Lightning Network.

Some crypto businesses will reward you for getting more users onto their platform. These include affiliate links, referrals, or some other discount offered to new users that are introduced to the platform by you.

If you have a larger social media following, affiliate programs can be an excellent way to earn some side income. However, to avoid spreading the word on low-quality projects, it is always worth doing some research on the services beforehand.

If you are interested in earning passive income with Binance, join the Binance Affiliate Program and get rewarded when you introduce the world to Binance!

In simple terms, a masternode is similar to a server but is one that runs in a decentralized network and has functionality that other nodes on the network do not.

Token projects tend to give out special privileges only to actors who have a high incentive in maintaining network stability. Masternodes typically require a sizable upfront investment and a considerable amount of technical expertise to set up.

For some masternodes, however, the requirement of token holding can be so high that it effectively makes the stake illiquid. Projects with masternodes also tend to inflate the projected return rates, so it is always essential to Do Your Own Research (DYOR) before investing in one.

Taking advantage of a hard fork is a relatively straightforward tactic for investors. It merely requires holding the forked coins at the date of the hard fork (usually determined by block height). If there are two or more competing chains after the fork, the holder will have a token balance on each one.

Airdrops are similar to forks, in that they only require ownership of a wallet address at the time of the airdrop. Some exchanges will do airdrops for their users. Note that receiving an airdrop will never require the sharing of private keys - a condition that is a telltale sign of a scam.

The advent of distributed ledger technologies has enabled many new types of content platforms. These allow content creators to monetize their content in several unique ways and without the inclusion of intrusive ads.

In such a system, content creators maintain ownership of their creations and usually monetize attention in some way. This can require a lot of work initially but can provide a steady source of income once a more substantial backlog of content is ready.

What are the risks of earning passive income with crypto?

Ways to generate passive income in the blockchain industry are growing and gaining popularity. Blockchain businesses have also been adopting some of these methods, providing services commonly referred to as generalized mining.

As the products are getting more reliable and secure, they might soon become a valid option for a steady source of income.

What Are Forward and Futures Contracts?
7 minutes
An Introduction to the Elliott Wave Theory
5 minutes
What Are Makers and Takers?
1 minutes
Loading