On Wall Street, the term dead cat bounce is used to describe a brief recovery in the price of a declining asset that is shortly followed by a continuation of the downtrend. 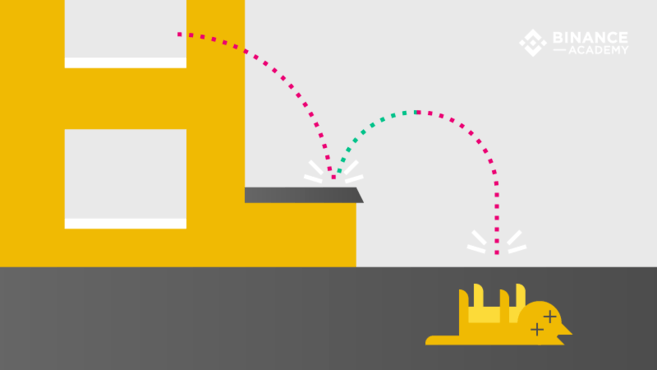 It is said that the term derives from the idea that “even a dead cat will bounce if it falls from a great height.” This phrase originated on Wall Street and was popularly applied to situations where one can see a small comeback during a major decline.

In certain situations, a Dead Cat Bounce may be used as a technical analysis pattern for financial markets and cryptocurrency traders. The pattern may be included in the group of continuation patterns, which means it could be used to forecast the continuation of previous major price movement.

During the initial stages of a Dead Cat Bounce pattern, it might be confused with a general trend reversal. However, after some time, the price refuses to go up, and the downward trend continues, breaking previous support levels and creating new lows. As such, Dead Cat Bounce patterns may also result in what is called a bull trap, where investors open long positions hoping for a trend reversal that doesn’t happen.

The first usage of the term Dead Cat Bounce in the news media happened in early December of 1985. Financial Times journalists Horace Brag and Wong Sulong quoted a broker that said: “this is what we call a dead cat bounce.” The broker was referring to the financial markets of Singapore and Malaysia, which showed signs of recovery after strong downward movements. After that, Malaysian and Singaporean economies continued to go down and would only recover in the following years.